Hot off the back of his February release “Transition” on Max Cooper’s brand new label MESH, Rob Clouth joins us for an intimate live show at the freshly renovated My Aeon, performing works from both his current and Vaetxh catalogues for his first appearance on Australian soil in 4 years.

Entering the scene with a string of standout releases between 2011 and 2012 on King Deluxe, Detroit Underground and Traum Schallplatten garnering early support from IDM royalty such as Richard Devine, Roel Funcken and Minilogue as well as remixes from Culprate, Max Cooper, Subjex and Microtrauma, Rob Clouth melds fractured bass and left-field techno percussion with intricate melodies and cascades of generative noise and field recordings, falling somewhere between the “beautiful melodies of Jon Hopkins, and the high-density beats of Autechre” – RBMA.

After retiring the Vaetxh alias and debuting on Leisure System with the Clockwork Atom EP (named as one of the best releases of 2014 by Bleep), he’s gone onto open for artists such as Squarepusher and Jon Hopkins, perform at Berghain and Dimensions with the Leisure System crew and become a frequent collaborator with Max Cooper, similarly writing pieces of experimental software and generative custom media for his A/V live shows.

Alongside our packed lineup, we look forward to him putting the pristinely tuned in-house Funktion-One system to the test this April. 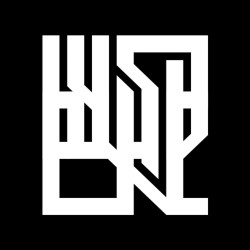